It is almost four (4) years again, and this can only mean one thing in our country Nigeria – elections are near.

As Nigeria gets ready for her 2023 general elections and her 5th President since the return of democracy in 1999, which is expected to be a major milestone for Nigeria, a number of candidates have since emerged in the last two months, making lofty promises again as their predecessors have done.

Promising to restructure the country, revitalize almost all sectors of the economy and deliver Nigeria from her woes, beautiful and practicable as there may sound, how achievable these promises are is a thing to really consider knowing the antecedents of our politicians.

So far only aspirants from two political parties in Nigeria have officially declared interest to run for the office of the presidency, this comes as no surprise because these are the only parties that hold sway in the country’s political scene, particularly at the federal level and the Presidency.

Here Are Presidential Aspirants For the 2023 Election in Nigeria

He added that he knows the hopes and aspirations of business owners and their fears and believes those hopes are the seeds of a greater Nigeria that we all desire.

On his plans, if elected, he said, “I believe we must all complete what we have started, radically transforming security and intelligence infrastructure, completing reform of justice system and focusing on adequate welfare of judicial personnel and observance of rule of law, rapidly advance infrastructure development, especially power, road, railways and broadband connectivity, providing an environment for business to thrive, taking the agriculture to next level, especially mechanization, making sure Government agencies serve the business community, creating a tech economy that will provide jobs for millions of young Nigerians, and enhance social investment to a fullscale social welfare programme, and completing the promise of lifting 100 million Nigerians out of poverty within this decade, and the education reform for relevance to the challenges of the century.”

How credible are these things he hopes to complete, we will know in the coming weeks.

Former Governor of Rivers State and current Minister of Transportation Chibuike Rotimi Amaechi has formally declared his intention to run for the 2023 Presidential elections.

He stated that he is compelled by the urgency of Nigeria’s present challenges to place his experience and proven capacity at the service to the nation at the highest level.

He revealed that his campaign will have only one message, “Hope is around the corner”.

“If you elect me as your President, I promise to play my part to the best of my ability. Every day I will rise and go to work for you. I will never forget the fact that I am there to serve you,” he started.

The Rivers State Governor, Nyesom Wike, officially declared his interest to contest the 2023 presidential elections in Nigeria this week, stating that he is ready to take power from the APC because he has the capacity to fight the ruling party.

A day after Atiku declared his interest, the former Vice Presidential aspirant and Governor of Anambra State,  also formally declared he is running for President of Nigeria.

He said, “Dear Nigerians. I am here to inform you all that I will be aspiring for the post of President of Nigeria in 2023. -PO”. Mr. Obi is yet to drop more information on his vision if elected president.

In March, The former Vice President officially declared his intention to run for president in the 2023 general elections. He stated that if elected, his administration will focus on five (5) key areas, including unity, security, economy, education, and devolving more resources to federating units.

“Nigeria is in a sinking ship and must be rescued. And that is why I am announcing my candidacy for 2023, under the platform of the People’s Democratic Party,” he declared.

The Ebonyi State Governor has also formally declared his intention to run for the Office of the President in January while speaking to the press.

When asked what his chances would be considering the background of other so-called big political figures expected to indicate their intentions to run for the same office in the coming months, Governor Umahi was quoted to say

said God would be the decider of the outcome of the race, pointing out that he stands a chance if the ruling party, APC, throws the ticket open.

In January, former Lagos State Governor and founder of the APC Chief Bola Ahmed Tinubu became the first major candidate to make public his intention to run for president under the APC while briefing State House correspondents after a meeting with President Buhari at the Presidential Villa, Aso Rock, Abuja.

He maintained that he has the confidence, vision, and capacity to build on the foundation laid by President Buhari to turn around the fortunes of the country.

“President Buhari’s administration has been correcting the failures of the Peoples Democratic Party (PDP) through the provision of infrastructures such as rail lines and good roads which have impacted the frequency of fatal crashes and deaths and so on,” he said.

Are these all? Who is the best fit for the office?

All these and more we will know in the coming months. 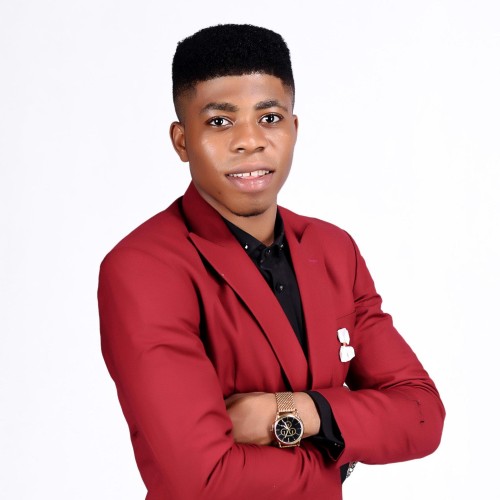